Please find my attached photos describing my formula problem, any guidance would be much appreciated as I have spent a significant amount of time trying to figure it out and i am sure its something small I am just not seeing. 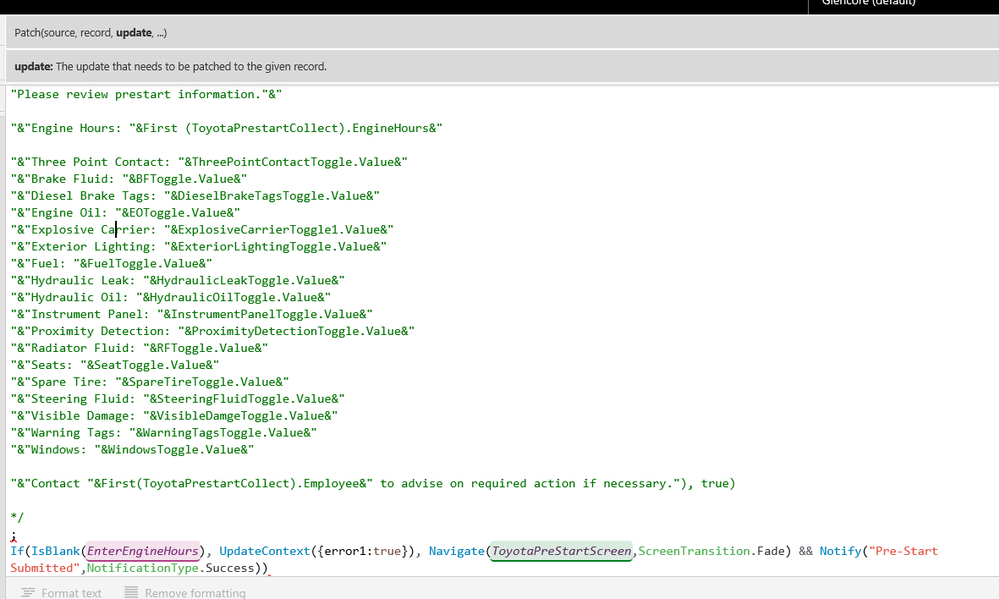 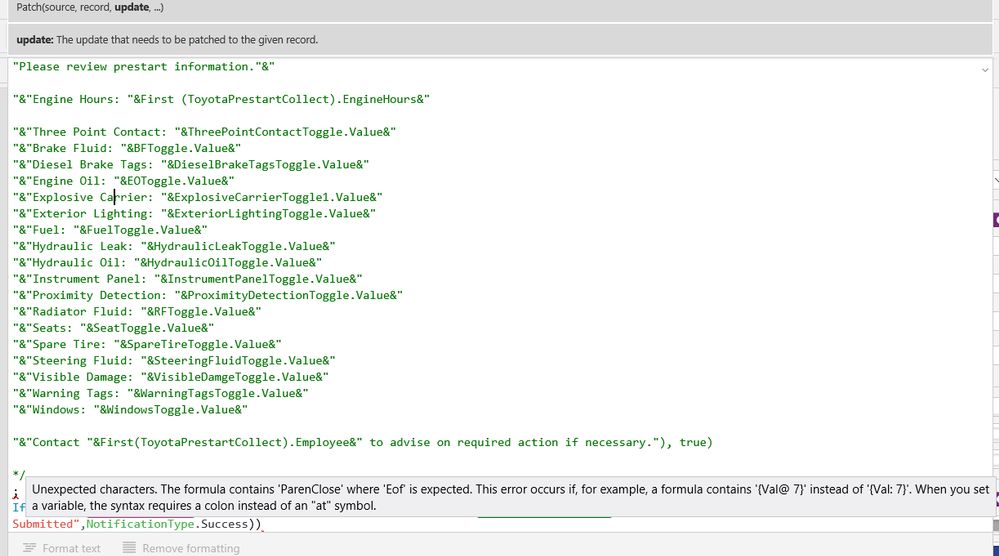 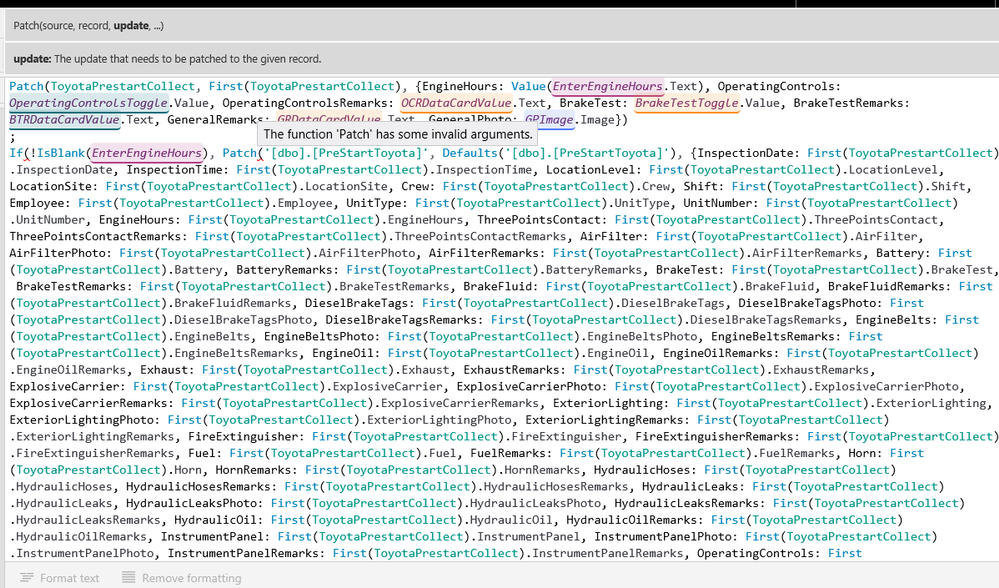 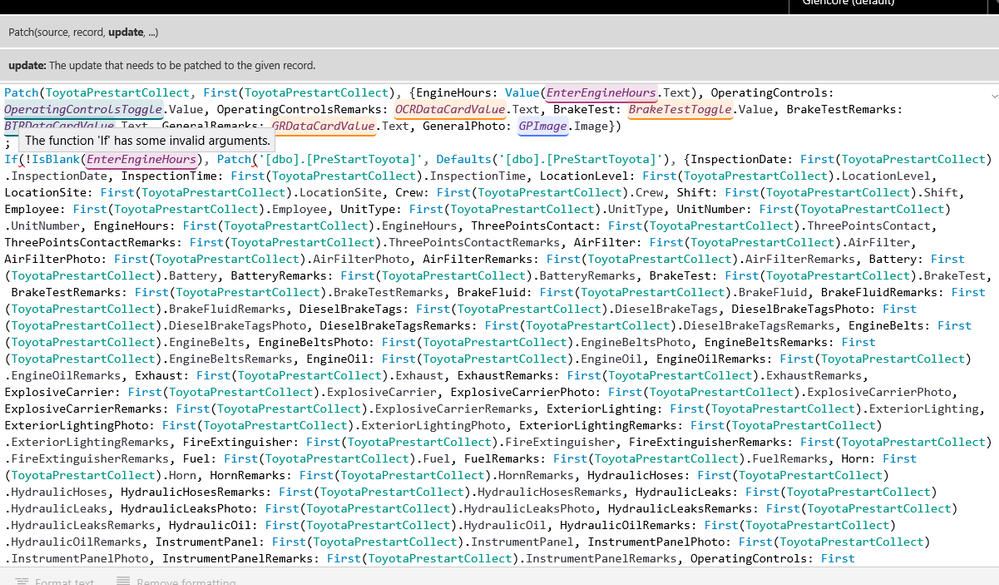 Ok so those screenshots confirm what I said before:
You are missing  }  to indicate that your update/record to Patch has ended

Then you will need two further brackets ) ) to end the Patch( and then the If( surrounding it.

I created a simplified test case to show this - note the spacing so that you can easily see where you are within the code: 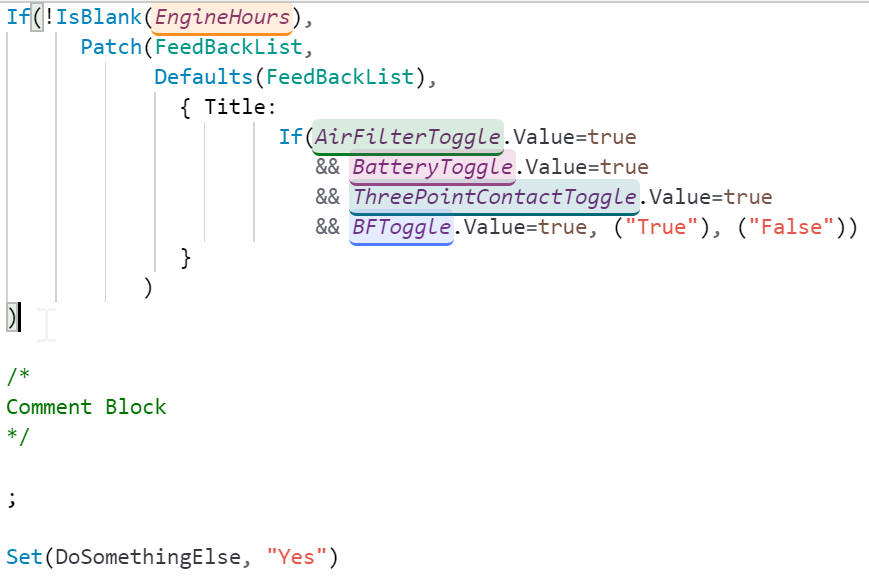 It's also worth noting here that I used your example of Condition.Value=true, but you don't have to do this with boolean items such as toggles as it will evaluate it when called directly, so you could just have for example:
If(AirFilterToggle && BatteryToggle
and for false values:
If(!AirFilterToggle && !BatteryToggle

So anyway, the Test App looks like this (I have attached it as an .msapp): 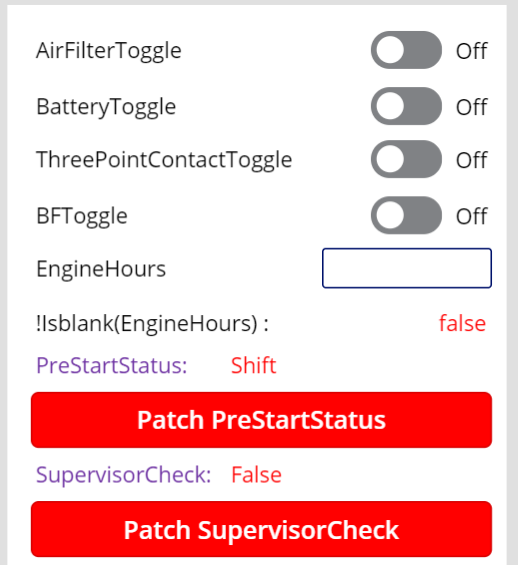 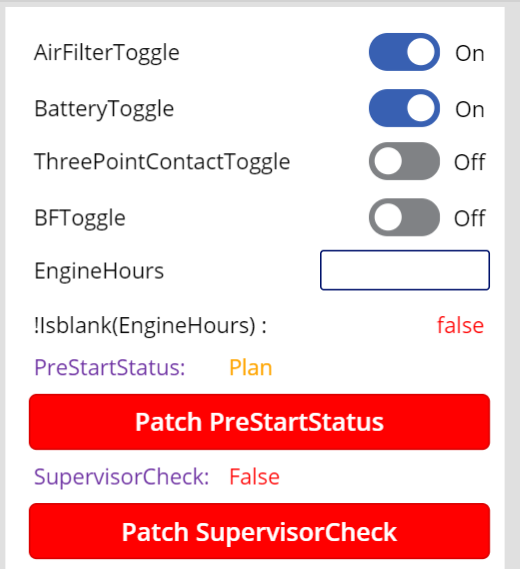 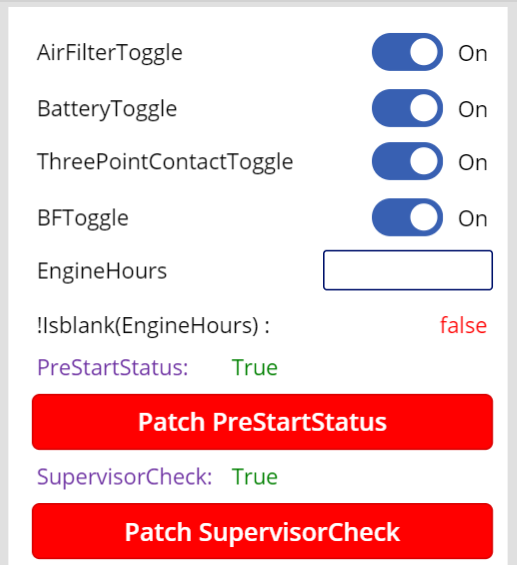 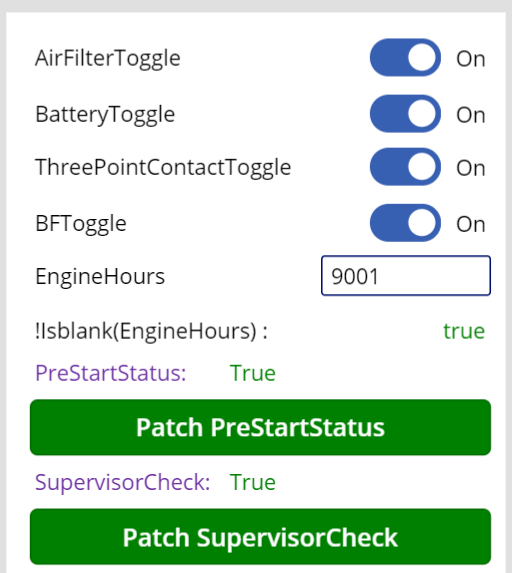 Now If I remove the } ) ) I mentioned before it still thinks we are within the Update section: 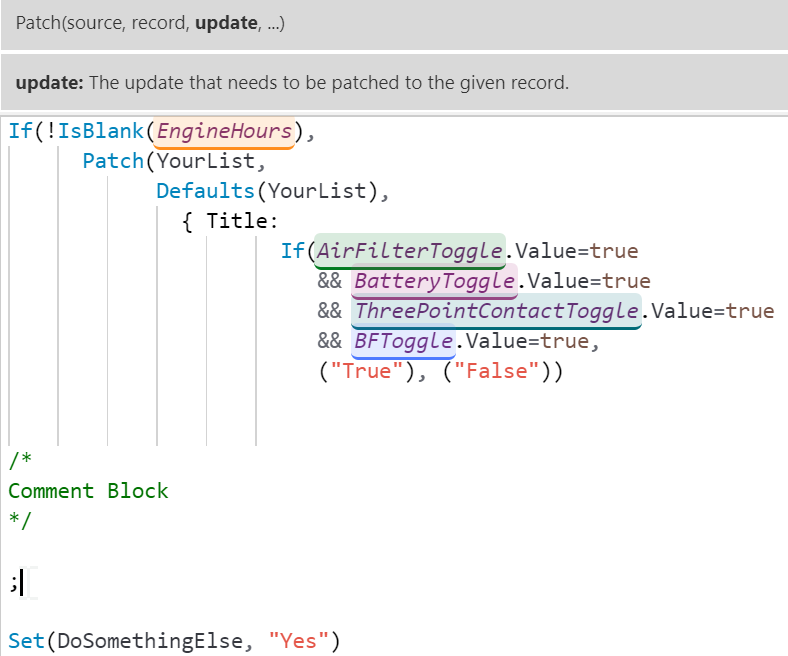 Could you paste the entire IsBlank&Patch section as text - it looks like you're just missing a ) or two somewhere but I can't see past the last line in your screenshot and it's going to be after OperatingControls: First 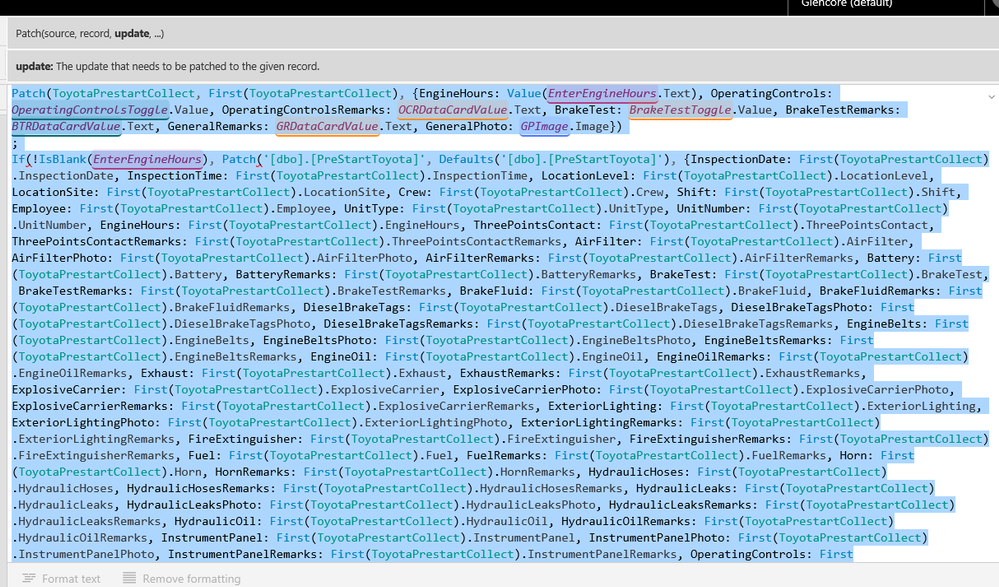 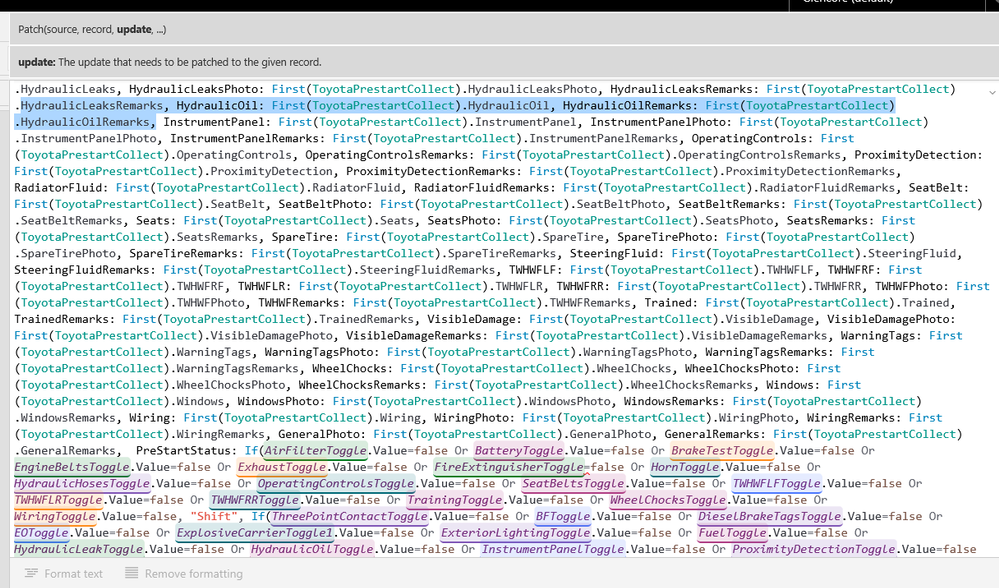 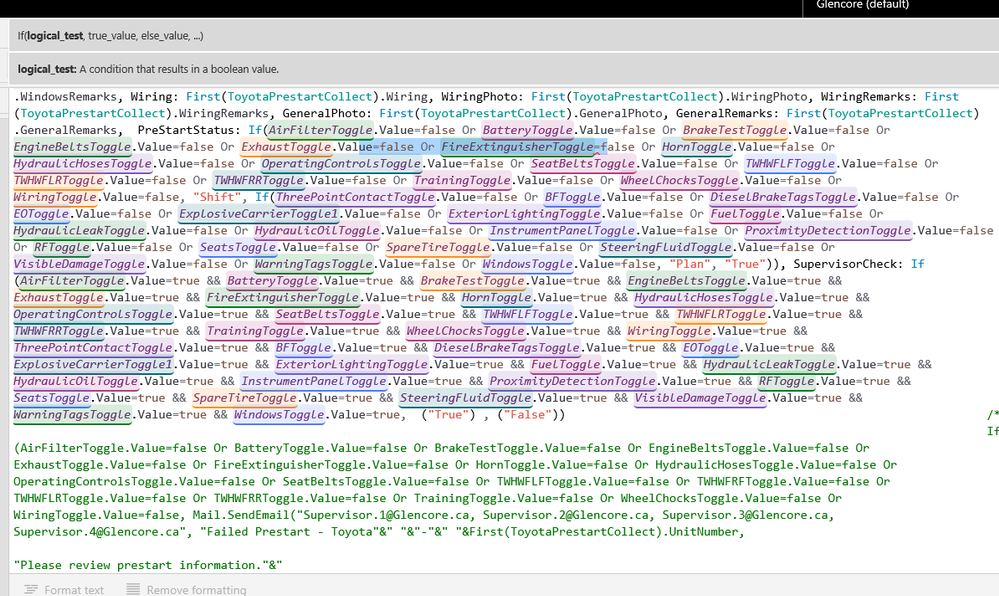 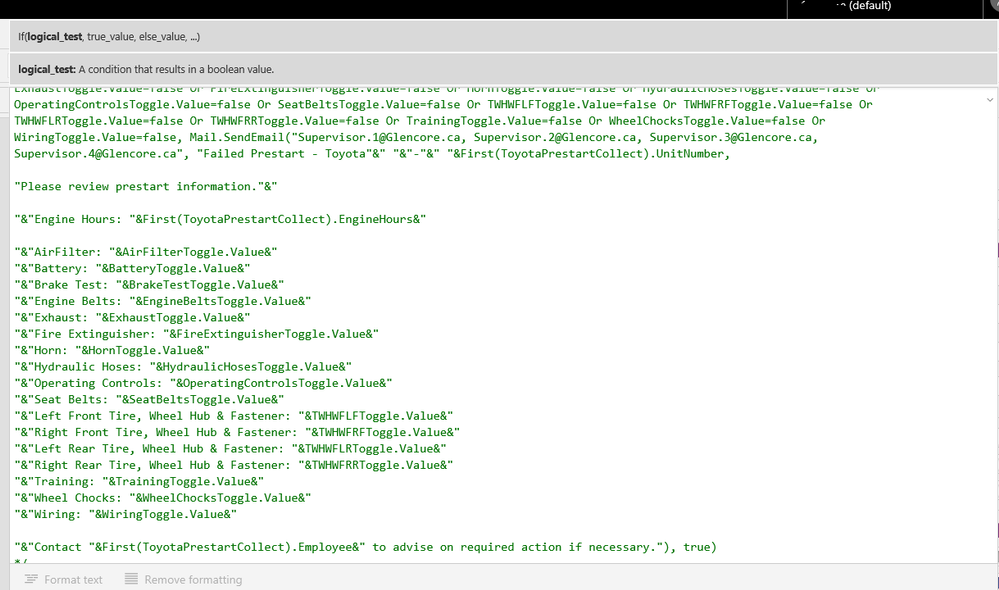 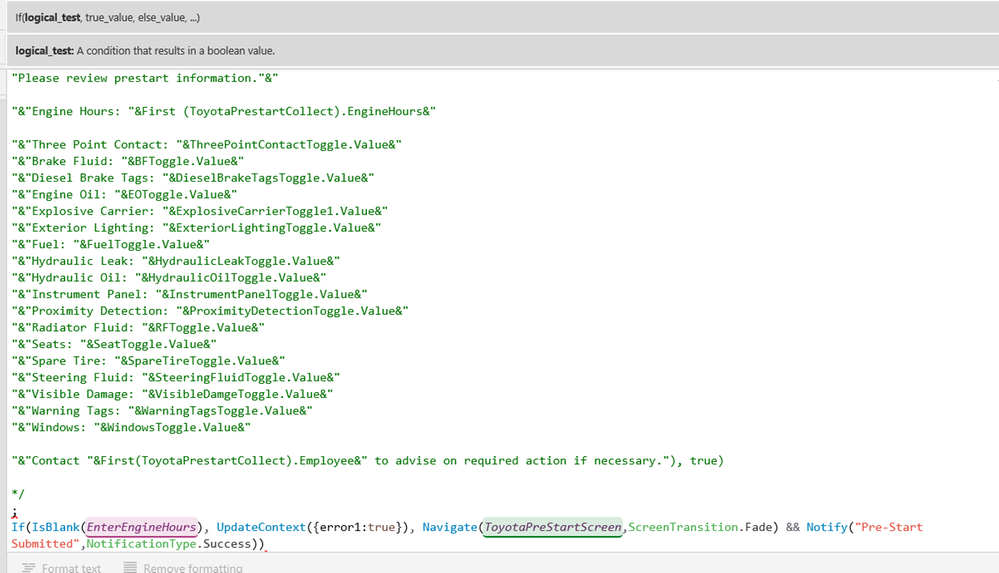 Could you amend the last part to be:

And then let me know if that still has errors?

it writes the entire formula red and wrong

Remove the lonely semicolon at the end of your comment block.  Most likely that is the issue.

I have done that and then it expects an operator

Once you've corrected that, could you let me know what the higlighted errors say?

We are excited for the next Super User season.