Get Rows from Excel error code 423

Do the two flows work well before?

The error message says that the file is being blocked. Please make sure the file is closed when you are running the flow.

Please try again later. I am not sure if there are any updates on Excel connector. I will keep an eye on this issue. If you are still having the issue, please feel free post back.

Yes the two flows worked before and has been working for some time.

The file is stored on SharePoint and the file was closed while running the flow.

I suspect some sort of update too.

It seems that you are using Excel Online (business). Could you share a full screenshot of your flow?

Please share more details, I will help reproduce this issue on my side.

I splited the flow up to see if that helped, but the flow still failes. 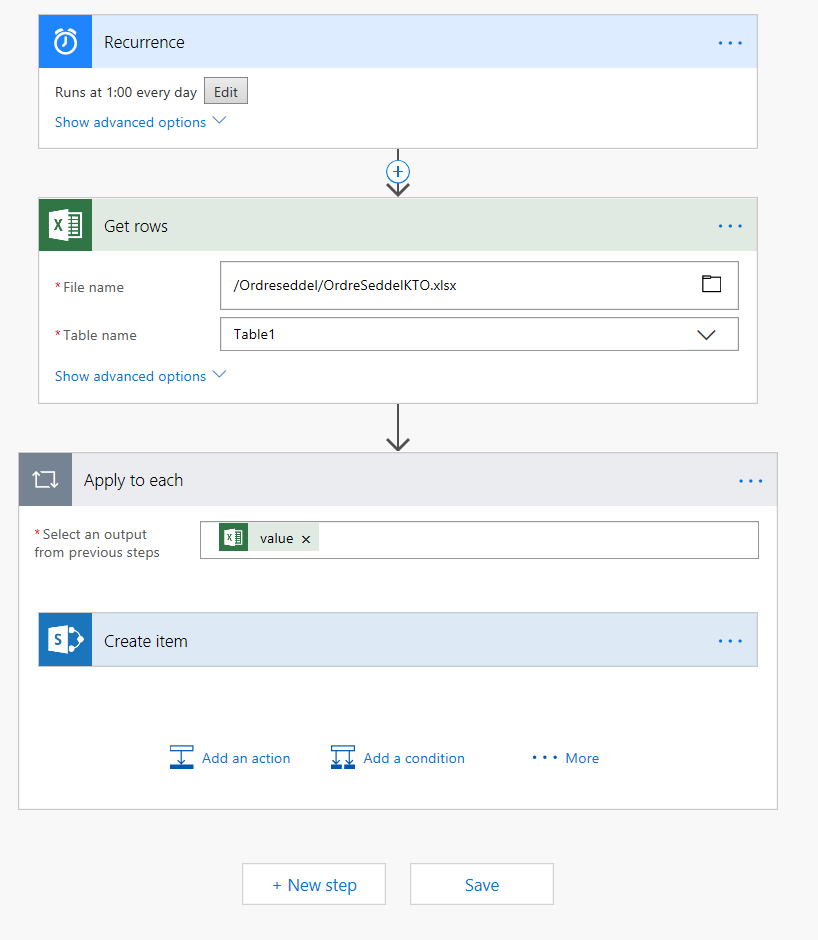 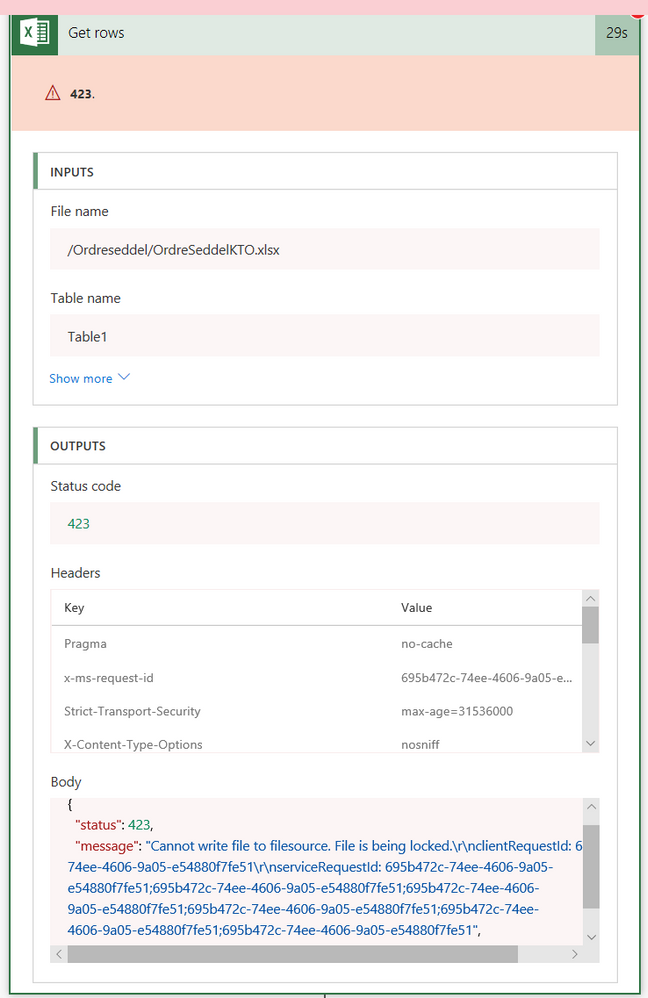 As per this thread, and many, many other threads on here, I also keep getting Excel files showing error 423 locked by user.

This is clearly a serious problem in the flow/onedrive operation, as many people have similar 'random' lock issues.

I have a Flow that copies an excel file from an FTP source and writes it in Onedrive for Business.  This triggers every 15 minutes.

A second flow reads the Onedrive file every 15 minutes and never writes to it - this second flow never fails. (the read function is always successful). This flow triggers a few minutes after the write flow runs.

The write flow used to run successfully all the time (even triggering every 15min), then started failing randomly 3 out of every 4 runs, or even more. I changed trigger to 30 min in case the lock was not releasing from the previous flow quickly enough, but no change.

The Excel file in Onedrive is NEVER opened by any user.  Only Flow writes to the file. (The users do not even know the file exists) - I set it up this way so the main file the users edit is on the FTP, and the flow simply copies this to Onedrive

I can test open and save it from Excel application and I get no lock error.

There is no logic problem in the flow, as the flow can work successfully.

It seems either Flow is not releasing it's lock after a successful write, and/or Onedrive doesn't auto release the lock quickly enough.

I just went way back through the flow run log and found the exact time this failure started: Aug 31 5.14am

Pictures below show the error and the nature of the failures; 1 success then random number of fails until the file 'unlocks' and the flow is successful again. Also shows the constant success and the failures starting on Aug 31. 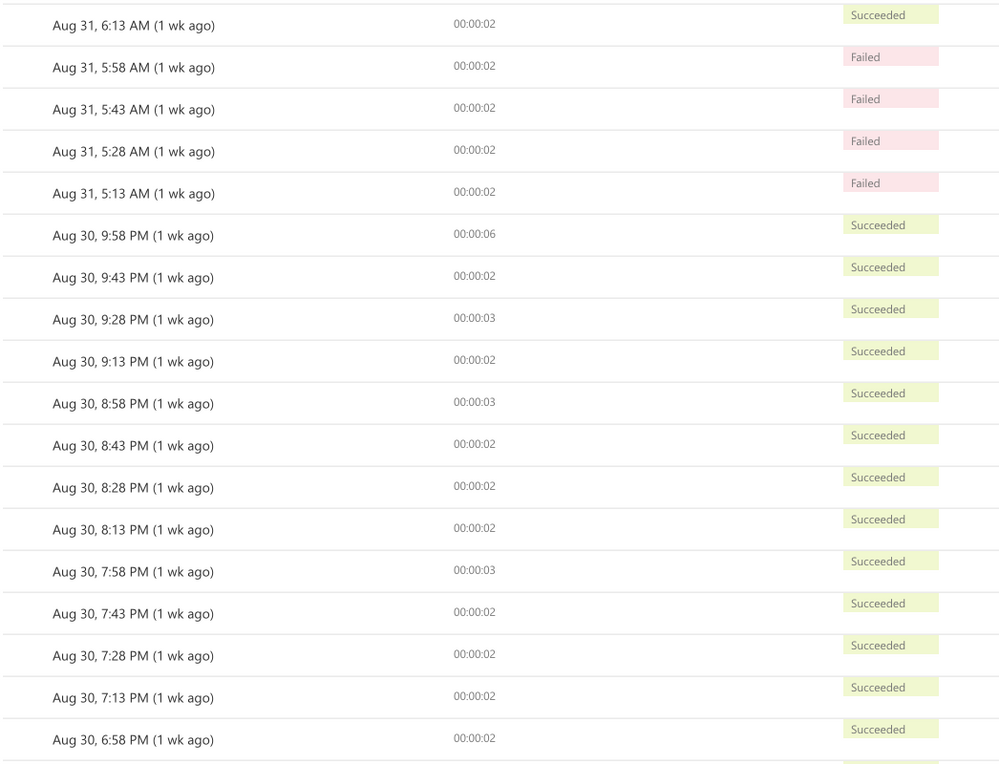 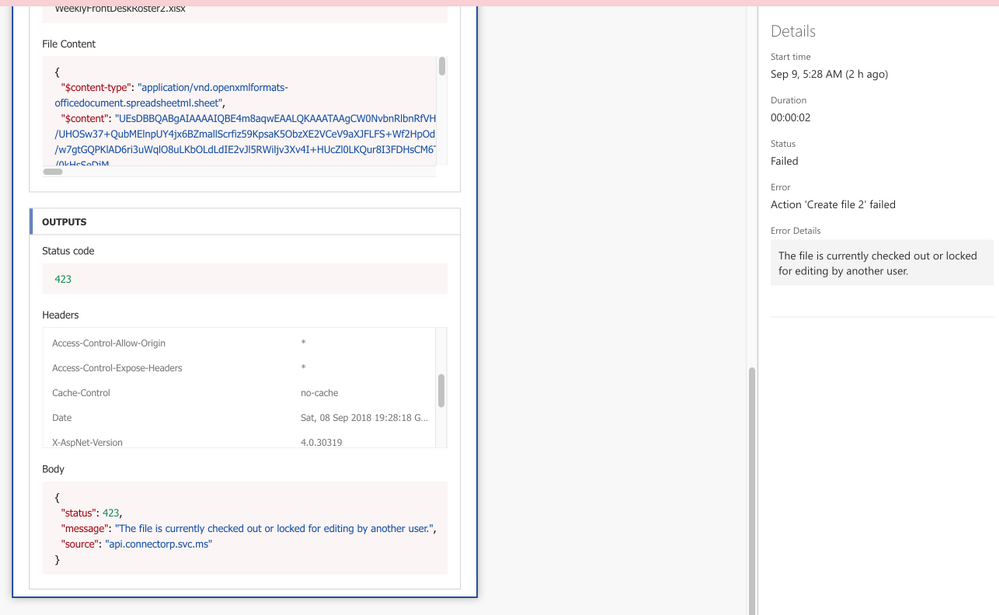 Failure to write to Onedrive 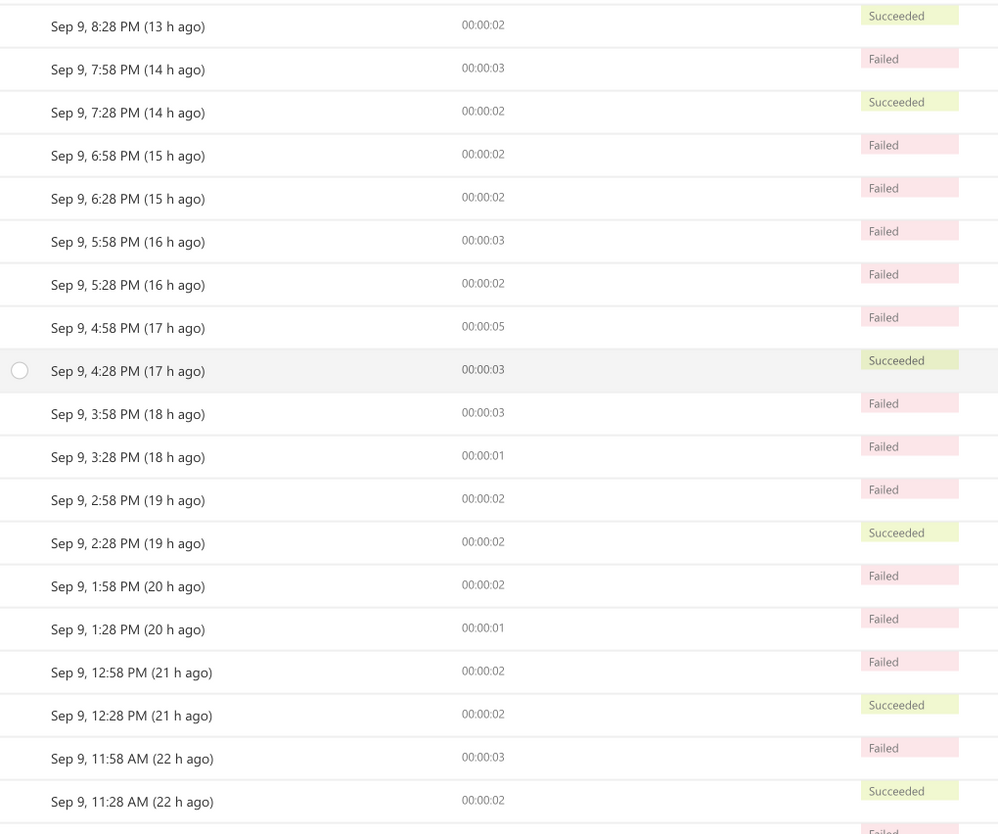 Kudo Commander
In response to MatthewGrantAU

You get the issue when you are using the Excel - Connector.
Using Excel Online for Business for OneDrive For Business and Excel (OneDrive) for OneDrive private will solve your problem.

I have tested it and I have reproduced the issue:

I hope this can help you.

Yes, I am using Excel Online Business connector and no, the file is not open...( it is only ever accessed by the flow that reads from the table)

It used to work, then some flow update broke it in August.

Kudo Commander
In response to MatthewGrantAU

Can you send me a screenshot of your flow and details of the Excel (Business)?

There are settings in there for retrying operations like this (in my case, I was trying to use Insert Row).. 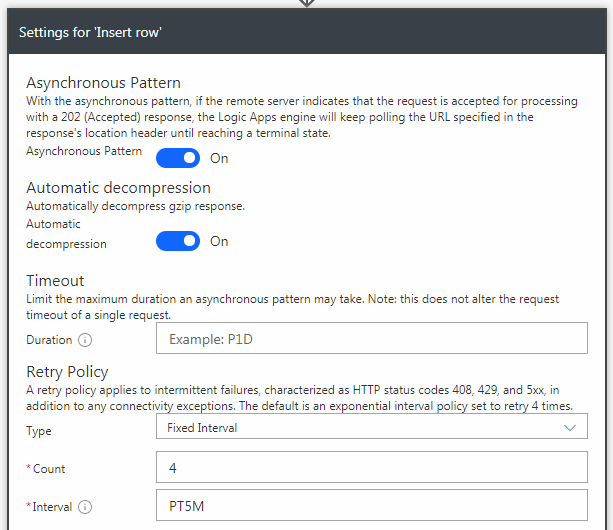 This looked really promising.. BUT it doesn't actually retry for the 423 locked error 😞 Really frustrating.

I've raised this Idea to get it looked at;